Not long after he was born, doctors discovered a tumour wrapped around Dylan Alcott’s spinal cord. Surgery to remove it was successful, but Dylan was left a paraplegic.

The youngest of two sons growing up in the suburbs of Melbourne, Dylan experienced his fair share of bullying and loneliness. By early high school, he felt pretty low – depressed, overweight and fearful for his future.

“I didn’t mind having a disability until I was about 12, and then I started getting bullied about it and realised that I was different,” he said. “I got in my own head and then it ruined my life for two years.” 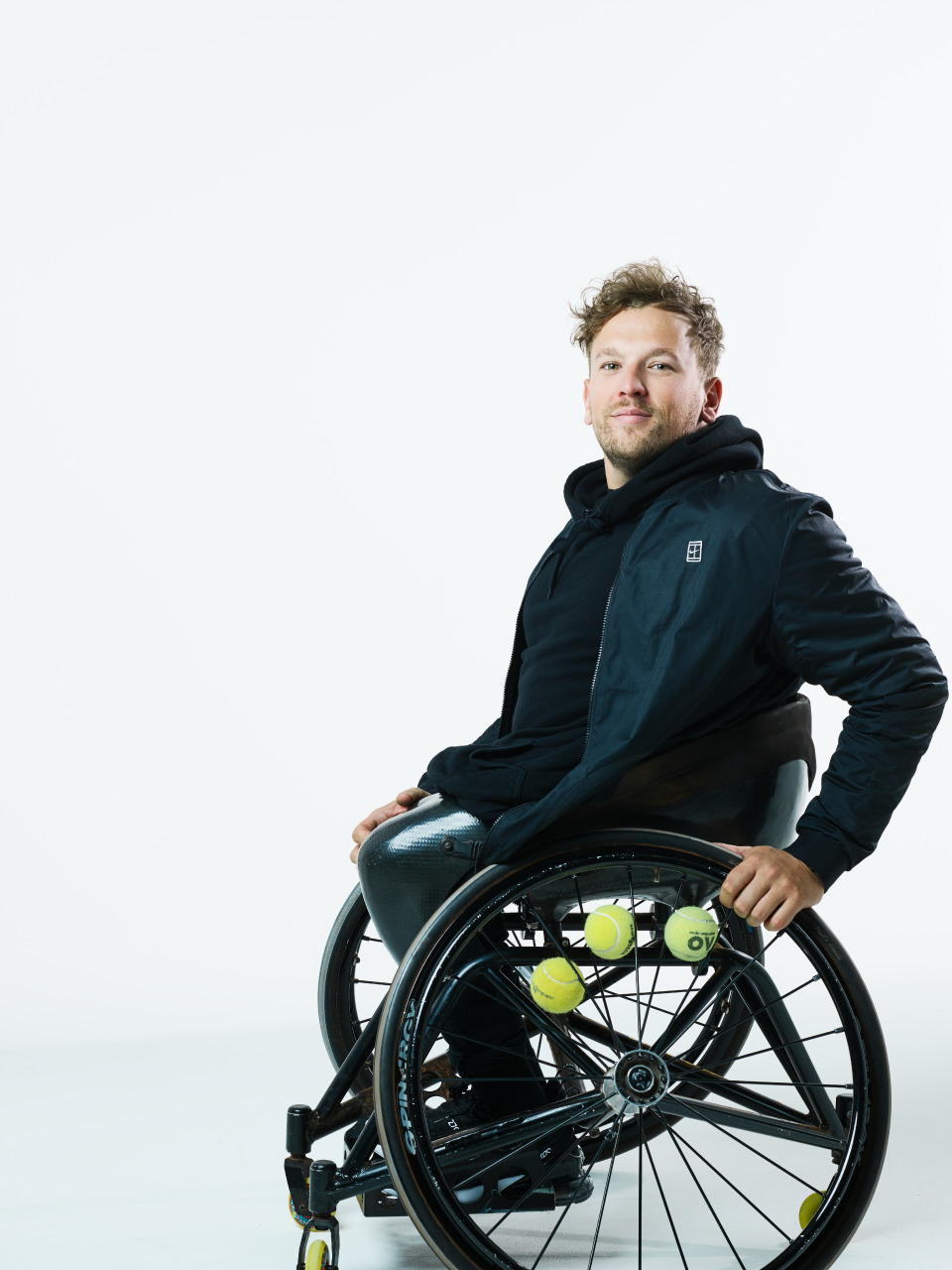 Then he discovered sport – swimming, basketball and tennis – and found he was naturally skilled at all of them.

Fast forward a decade and Dylan has reached the pinnacle of not just one, but two sports. He’s competed in three Paralympic Games, winning a gold and silver medal for basketball in 2008 and 2012, and a gold medal at the 2016 Rio Paralympic Games for tennis.

He’s a five-time winner of the Australian Open quad wheelchair singles, he claimed the 2015 and 2018 US Open titles, and earlier this year took out both the French and Wimbledon championships.

During this time, he also studied at the Faculty of Business and Economics at the University of Melbourne – graduating with a Bachelor of Commerce in 2016.

Dylan will deliver the afternoon keynote at this year’s Professional Staff Conference on 19 September. The theme of People: our most important asset will be explored through the lenses of Harmony and Success, The Importance of Being Us, Future World and Career Evolution.

The future for Dylan is just as much about advocating for the 20 per cent of Australians with disability, as it is about winning more grand slams. He told news.com.au if he had won “25 grand slams, I’d have wasted my life not doing what I was put here to do. And that’s to change the perception of people with a disability.”

When Dylan won the Graham Kennedy award for most popular new talent at the Logies in June, his acceptance speech cut straight to the point.

“Growing up I deeply struggled with being in a wheelchair, and the worst thing was when I turned on the TV no-one was like me,” he said.

“When I did see someone like me, it was a road safety ad where someone drink drives, has a car accident, and the next scene was someone like me whose life was over. And, I was like: ‘that’s not my life’.

“I wanted to get a job on TV because I love sharing stories, but also to show that people with disability can be talented, funny, humorous, just normal people enjoying their lives.”

The 28-year-old uses his fame for good at every opportunity – particularly when it comes to youth mentoring.

The Dylan Alcott Foundation focuses on helping young Australians with disabilities gain entry to get involved in sport and study through mentoring, grants and scholarships.

“I want to help Australians, who are struggling to come to terms with their disability fulfil their potential and achieve their dreams,” he says about the work of his charitable organisation.

The entrepreneur is also cofounder of Get Skilled Access – a program that’s working to change the way organisations and governments look at disability, by seeing the benefits and business opportunities of engaging Australians who have a disability.

It’s little wonder Dylan was awarded the Medal of the Order of Australia in 2009. His memoir, Able, where Dylan tells his inspirational life story will be released in November.

Delegates attending the conference are sure to be inspired and challenged by Dylan Alcott’s experiences.