How Dr Bridie O’Donnell is changing the game

While Dr Bridie O’Donnell agrees, people are our most important asset, it’s the diversity of those chosen to represent businesses, sporting organisations and institutions like universities that really matters.

The result? A true representation of our broader community that demonstrates the variation in ability, gender, income, impact and even behaviours, says the Director of the Office for Women in Sport and Recreation.

“Ensuring that women, but also people from sub-groups and minorities are represented in sport and business – when their voices are heard around the board table or their faces are used to promote an organisation – is a very powerful way to galvanise a community.”

However, having diverse views is uncomfortable for many people, and it often means things take longer to achieve because we disagree, she adds.

“Australians, across all sectors, need to get better at disagreeing respectfully with each other.

Being able to debate ideas and challenge each other without being discriminatory or offensive is how we progress – whether it’s at a sporting organisation, a financial institute or a hospital.” 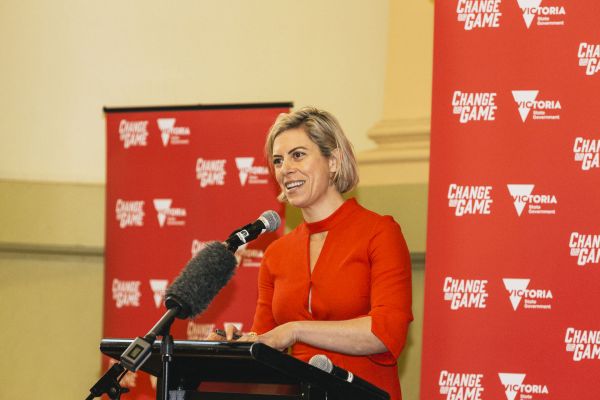 Dr O’Donnell, also a medical doctor and world champion cyclist, will deliver the morning keynote at this year’s University of Melbourne Professional Staff Conference on 19 September. The theme of People: our most important asset will be explored through the lenses of Harmony and Success, The Importance of Being Us, Future World and Career Evolution.

These are topics, Dr O’Donnell has lived, challenged and embraced.

If not now, then when?

After graduating as Valedictorian from the University of Queensland Medical School and winning the J R S Lahz Prize for Most Outstanding Intern in 1999, Dr O’Donnell turned her attention to road cycling.

In 2008, after winning the National Time Trial title, she raced in the Australian National Team, and then Professional teams in Europe and the United States – representing Australia at three World Championships.

Despite her success, Dr O’Donnell concedes the greatest challenge she faced was age.

“My greatest barrier was that I came into the sport 20 years after most professional bike riders… and people are very ageist in sport and business.

“If you haven’t done it by the time you’re 25, people say: ‘what gives you the right to think you can attempt something new, change your career, do a PhD or try to become a world champion?’”

When it comes to career evolution, challenging the traditional pathways has always been in Dr O’Donnell’s DNA. She refers to the expression: If not me, then who? If not now, then when?

“I had a lot of doctors say to me: ‘Don’t give up your job to try and qualify for the Olympics, what if you don’t make it? You’ll be a loser’.

“Five years later when I came back from Italy, doctors were saying: ‘I wish I had of taken a five year break out of my career to spend with my kids, or to live in a foreign country.

“We have a fear of failure culture – and it needs to change.”

If not me, then who?

She also managed and raced for Rush Women’s Team, a National Road Series cycling team in Australia from 2013 to 2016.

It was her appointment as the inaugural Head of the Victorian Government’s Office for Women in Sport and Recreation in late 2017 that gave Dr O’Donnell her greatest platform to champion leadership for women in sport and challenge traditional stereotypes and structures.

Her impact so far has been profound. On 1 July this year, a mandatory 40 per cent women on boards quota was introduced for all sport and active recreation organisations funded by her Office and Sport and Recreation Victoria in the Victorian Government. After a three-year lead in period, 96 per cent have now achieved the quota.

Last month, Dr O’Donnell’s work was also recognised when she was named in the Top 50 Public Sector Women by The Institute of Public Administration Australia (Victoria).

“I felt very fortunate to be on that list. You realise there are all these less visible heroes and heroines who work for the people and the impact they have on Victoria is very powerful.”

Delegates attending the conference will be inspired and challenged by Dr Bridie O’Donnell’s experiences.